Rick Carter is a legend in the field of production design. With Avatar and Star Wars VII: The Force Awakens, he designed two films that have each made over two billion in the box office. He’s spent a career teaming up with three of the greatest filmmaking visionaries who ever lived- Steven Spielberg, James Cameron and Robert Zemekis, to create such classic films as Jurassic Park, Forrest Gump, Back to the Future II and III. To date he’s won two Academy awards, one for Avatar and one for Lincoln. Most recently he designed Star Wars IX: The Rise of Skywalker. I connected to Rick in the middle of the worldwide Corona virus pandemic, with our industry on hold…

AS: Is all production and prep shut down for you because of the Covid 19 virus?
RC: It really is. There’s some prep going on but for the most part it’s shut down. People are trying to figure out when they can actually start up a production and how to do it because getting people together is not an easy task. Keeping people safe is the first and foremost thing. Secondarily, what kind of art can we create in this environment? It will have a profound impact on what movies are and how they’re made.

The job of production design is not going to be dependent on what we’ve had in this last epoch. Production design is not a static thing. Just the advent of computer imagery into the process caused a development that we’ve all had to adjust to, those of us who’ve been around for a while. And here comes another change and this one’s going to be very, very trying but I think it will lead to great solutions. Designers will have to really help design the production, not just what it looks like.

Kim Sinclair won an Academy Award as Set Decorator/Supervising Art Director on the record-breaking blockbuster Avatar and has also production designed numerous films, all from his home base in New Zealand. He lives on the cutting edge where virtual and practical sets come together, as exemplified in his work as visual effects art director on films like The Adventures of Tintin with Steven Spielberg, and as supervising art director in Avatar 2 for James Cameron…

AS: On the first Avatar your primary involvement was the physical sets?
KS: We shot all the live-action in Avatar here in New Zealand. If at any time, in any frame, there were humans either in the foreground or the background, any humans at all, they were shot in Wellington. We provided a lot of large sets. The vehicles, the weapons, the props, the dressing. It was all pretty straightforward but the trick was the integration into the digital world. There were shots that were purely digital and there were shots that were purely live action. However, a large percentage of the movie featured digital characters in real environments or real people in digital environments. And that was really the challenge.

AS: What was your process collaborating with Rick Carter and Robert Stromberg?
KS: Rob Stromberg headed up what we used to call the virtual art department, in LA. He had a team of designers and they designed the look of the planet, the look of the vegetation, and they headed up the creature designs. They did some 3D modeling but basically that went to Weta Digital in New Zealand. 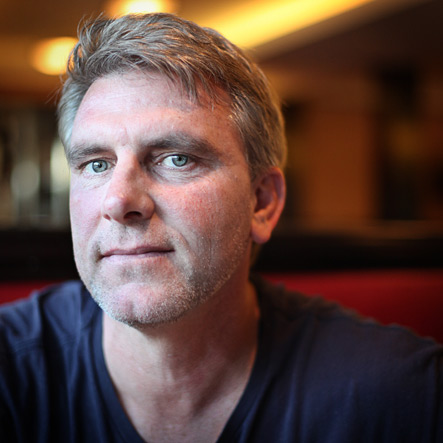 Robert Stromberg won an Oscar as production designer of one of the highest grossing movies of all time, Avatar. His second Oscar came from Tim Burton’s Alice In Wonderland, which has also made over one billion in the box office. A leader in visual effects, he began as a traditional matte painter and now directs.

Because I come from visual effects I know how much stuff that I personally designed for movies well after the production designer was gone. That’s why on Master and Commander I created this new role which I called visual effects designer. That was the person who would take over when the production designer left the show and be the mouthpiece for the director and the visual effects supervisor and the vendor. So there would be a creative entity still continuing along into post.

AS: Keeping one design vision.
RS: Yes, and of course respecting what the production designer had done. I was talking to Rick Carter about this. He’s great because not only is he interested in knowing how it all works but he also knows the value of what the new technology can do for you. He’s an old school production designer who obviously knows the nuts and bolts of traditional production design. After working together Rick can now go to another project and have a greater toolbox to play with. It’s not only about what’s going to be inserted later, it’s also about how much to build as a physical set or not.

AS: It affects the resources that you spend on the physical set…
RS: A lot of times the physical sets can be overbuilt. Especially in these days when budgets are constantly being scrutinized and getting smaller, we need to find ways to streamline and accommodate these budget changes. So one way you do that is have a better understanding of exactly how much you need to build or not. It makes a lot of dollars and cents to the studios as well.