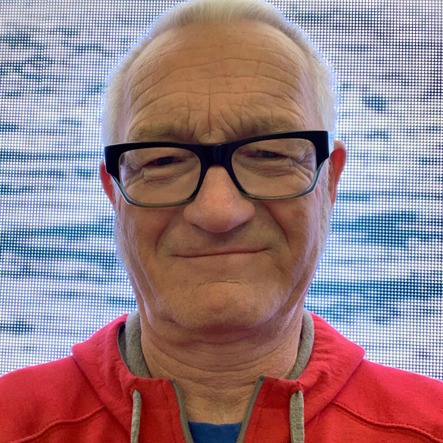 Kim Sinclair won an Academy Award as Set Decorator/Supervising Art Director on the record-breaking blockbuster Avatar and has also production designed numerous films, all from his home base in New Zealand. He lives on the cutting edge where virtual and practical sets come together, as exemplified in his work as visual effects art director on films like The Adventures of Tintin with Steven Spielberg, and as supervising art director in Avatar 2 for James Cameron…

AS: On the first Avatar your primary involvement was the physical sets?
KS: We shot all the live-action in Avatar here in New Zealand. If at any time, in any frame, there were humans either in the foreground or the background, any humans at all, they were shot in Wellington. We provided a lot of large sets. The vehicles, the weapons, the props, the dressing. It was all pretty straightforward but the trick was the integration into the digital world. There were shots that were purely digital and there were shots that were purely live action. However, a large percentage of the movie featured digital characters in real environments or real people in digital environments. And that was really the challenge.

AS: What was your process collaborating with Rick Carter and Robert Stromberg?
KS: Rob Stromberg headed up what we used to call the virtual art department, in LA. He had a team of designers and they designed the look of the planet, the look of the vegetation, and they headed up the creature designs. They did some 3D modeling but basically that went to Weta Digital in New Zealand.