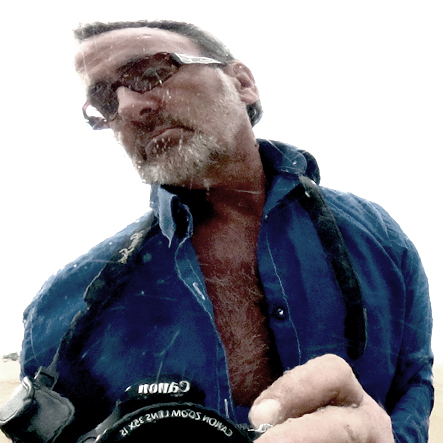 Colin Gibson invented a fleet of road warrior vehicles while designing the movie Mad Max: Fury Road, essentially becoming a “War Boy” himself in the process. A far cry from his more traditional work on Babe and Babe: Pig in the City, the world he brought to life for Fury Road was brutal and unforgettable and won him his first Academy Award…

AS: Your collaboration with director George Miller on Mad Max:Fury Road was mind-blowing.
CG: There’s nothing like collaborating with a towering imagination to give you a head start to mind-blowing. George showed me a room full of storyboards and no script and said, This looks like it’s right up your street. I didn’t know at the time that it was going to take quite so long! It was the year 2000, which was the same year as the Sydney Olympics and so it was either the Olympics or Fury Road and my back had been playing up so I took Fury Road. But it turned out to be slightly longer than a four year turnaround!