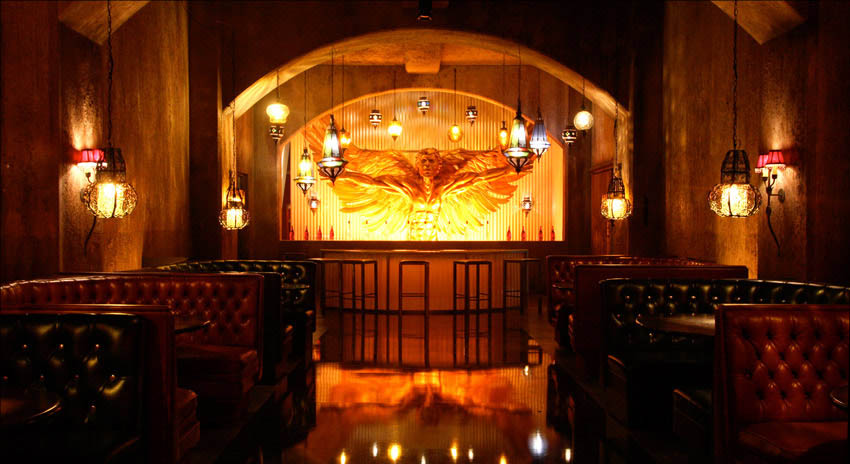 AS: So you began by doing art department and then at some point you made the transition to production design?
DN: Yeah, well maybe it was because I had my son in high school and I had to get a job. I was really good at drafting in high school -I was getting an A. I was like the best draftsman the teacher had ever met in his entire life! I mean I was like wicked good. And I would always get in class late, I was such a flop, but I was so good at it. And so I had my son and I remember my teacher said, Well, let’s get you a job. So I started drafting. I started trying even harder and then my dad said, Look, when you’re done you can get a job as a set designer. So as soon as I graduated high school I got my first job as a set designer on the Arrival, a movie with Charlie Sheen. And I went to Mexico at 18 or something. It was pretty cool. So I learned traditional set design. Proper set design. I went from set designer to assistant art director to art director then to production designer. I learned the draftsmanship skills first, but then in the off-time when I wasn’t working on a movie as a set designer I was working in scene shops, non-union set shops building scenery or painting. You know in the non-union set shops you do everything, right? So I was sweeping floors, I was running cable, doing electrical work, it didn’t matter, whatever. Set up Steeldeck, unload trucks, drive forklifts, whatever it took. But I could always draw and whenever there was a project that came in that required drawing I’d always get the cool jobs.

AS: Do you still sketch? After the meetings in the beginning with the director do you do a bunch of sketches and then show them?
DN: The process changes depending on how important the set is and how complicated it is. I mean on a show like CSI in its tenth season, it’s pretty much a smooth process. So if I say I’m going to give something, if I just say it and it’s not that complicated, no drawings are required. Because we always talk about it and we just do it. But if it’s a real challenge or if it’s something the director can’t visualize or something the DP can’t visualize or maybe I can’t visualize, for whatever reason, I’ll do more drawings and sketches. I usually don’t do too many,  just a few to explain what’s going on. And then I’ll give it to our set designer and he might do some plans. I have a digital set designer and often if there’s a particular establishing shot that I want him to do, not so much for coverage, just a shot to establish the environment, I’ll have him do a mock-up in SketchUp. I’ll fly through it in SketchUp to show the director how I think it should be shot. Then if they do it or not that’s one thing but at least I put my two cents in.

AS: Do you find the DP’s involved in a lot of that preliminary stuff?
DN: I include the DP in everything. Oftentimes I will talk to the DP first, just because we’re friends. We have two DP’s and I’m close to both of them so I’ll talk to them first and get them on board. We’ll iron out all the kinks and if they have any ideas we can throw those in too. And then I pitch it to the director after the DP and I have already talked about what we think would look best.